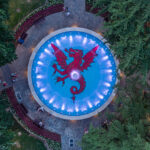 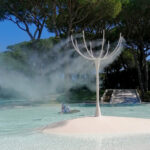 The Mist Tree – Camping Village Waikiki, Jesolo (Venice, Italy)
Artistic Fountains
Stage pool – Hamlet, Piccolo Teatro Studio Melato, Milan
A system of pools to bring water to the stage for Shakespearean masterpiece Hamlet
0 Comments
0 Like!
Share
Description
“My cure is one every ten years” in fact after ten years the director Antonio Latella returns for the third time to William Shakespeare Hamlet’s masterpiece, bringing to the scene the well know tragedy with main character the Prince of Denmark to the Piccolo Teatro – Studio Melato from 5th to 27th June 2021. A different Hamlet, with scenes by Giuseppe Stellato and protagonist Federica Rosellini, who according to Latella: "has the artistic gift of ambiguity and doubt. For me, the 21st century Hamlet goes beyond sexuality, beyond the distinction between women and men, to reach another condition: in the classics, words have no genitals, they fly so much above everything that they make a difference. [...] The originality of this proposal lies in suggesting viewers to try, not just watching, but listening to every word of the text together". Arriving at Act IV scene VII, the Queen turns to Laertes thus announcing the death of her sister Ophelia:   “Clambering to hang, an envious sliver broke, When down her weedy trophies and herself Fell in the weeping brook. Her clothes spread wide, And mermaid-like a while they bore her up, Which time she chanted snatches of old lauds As one incapable of her own distress, Or like a creature native and indued Unto that element. But long it could not be Till that her garments, heavy with their drink, Pulled the poor wretch from her melodious lay To muddy death.”   In the theater, in its pure and intimate verisimilitude, the scenography becomes an integral part of the dramaturgy and Ofelia floats on the crystalline waters of a stage pool.   Forme d’Acqua Venice Fountains designed and built the plant and electrical parts (MEP) of the pools and their heating. The stage pool flush with the floor is 125cm deep, contains 9m3 and rests on a pre-existing mobile platform. It is connected to a compensation pool of 12m3, both made of steel and wood structures, built by the craft workshop of the Teatro Piccolo, and waterproofed with PVC sheets. The main requirement of the scene pool is to be able to fill and empty half of the pool in less than 30 minutes and at the same time to safeguard the water resources as much as possible, and that is why a compensation pool was created with a system of automatic valves and a PLC, which allow the necessary volume of water to be moved in eight minutes, bringing the level from 100cm to 50cm and vice versa. A second fundamental factor is to keep the water temperature constant at 38°, so two 380V 6kW heat exchangers were installed, one per pool, in order to avoid thermal gaps. The third element is the crystallinity and bathability of the water, like normal heated swimming pools but without the use of chlorine, which are guaranteed by the use of oxygen, but also by a water movement system and a filtration system.   The debut was scheduled for March 17th 2020, but at the end of February, while the show was in full rehearsal, the first restrictions due to the containment of the Covid-19 pandemic forced its suspension. More than a year has passed since then, a period that allowed us to see Hamlet and his immortal text with different eyes and consciences: intertwining silences and madness follow one another in this ambiguous representation that reads the soul of the spectator and brings him into scene making him also become a character, with his impulses, his weaknesses, his fickleness. And it is in this way that ten actors of different ages and backgrounds, and a new translation created for the occasion by Federico Bellini, Hamlet by Antonio Latella becomes a total theater experience, which, thanks to the evocative space of the Teatro Piccolo - Studio Melato accompanies the audience on a journey through Shakespeare's text, of which he explores the most hidden folds. In the same way, for us working in this so important theater made us feel protagonists of a part of the opera, of which we lived the background, we learned how to move around a stage and we saw how craftsmanship is an essential material to art. Offering a contribution to a universal work, such as Hamlet, has given Forme d’Acqua another confirmation of the emotional value that water generates.       Technical details   Photo credits: Masiar Pasquali