Interview with Silvia Maria Ripa and Felipe Lozano, architects of Studio Via Ingegneria of Rome 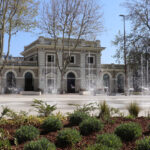 Forme d’Acqua on his way to the Adriatic Riviera! 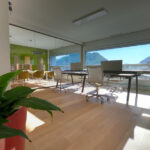 Setting off on a new adventure: BeSpace Day here we come!
Events
Interview with Silvia Maria Ripa and Felipe Lozano, architects of Studio Via Ingegneria of Rome

In the morning of Monday September 7th, the inauguration day of the new train station square of Rimini, we met the architects of Studio Via Ingegneria of Rome, Silvia Maria Ripa and Felipe Lozano, with whom we collaborated for the design and the realization of the dry deck fountain.

We took the opportunity to ask them for an interview that you can read in this article.

Which is the role of the water in this restyling and redevelopment project?

Ripa: We conceived the project as a square where the natural elements, like the water and the green, compensate the presence of an equally constructed element. We loved the idea to not propose only one natural element – the green – but we wanted to bring also the water, because we are in Rimini and so the water is an element related to the sea. In this way the visitor is immediately put in contact with the main elements of the city. 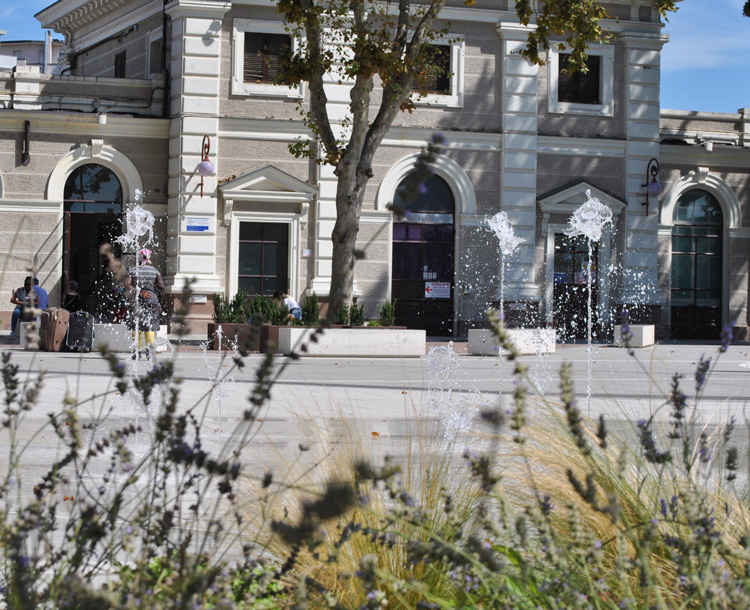 Now we see a design project studied to redevelop a strategic area, which instils safety and beauty: which is the project’s concept?

Ripa: The project’s concept wanted at first to underline the main directions, which were completely lost in the previous zone’s conditions: we worked on how to direct the visitor to the focal points of the station, as the ticket office and the passenger building. We started from the individuation of the main directions and then full filling the spaces around them, trying to transform the place in front of the station, which, unfortunately, as in all cities, is always a point of decay and disturbance.

Lozano: In this project, from an architectural point of view, we had a complicate argument, because it was a shapeless space, not define and without building wings. The pre-existing building, which was the limit of the square, was demolished: we needed to reconfigure the space – for that reason we made the cantilever roofs – and to direct people to the ticket office creating a boundary and shielding the PRC terminal stop. Also, we didn’t have a clear geometry, so we thought of this indistinct paved surface, which we then colonized with a series of environmental islands, each characterized by a different natural treatment, as the green the water and the wood. 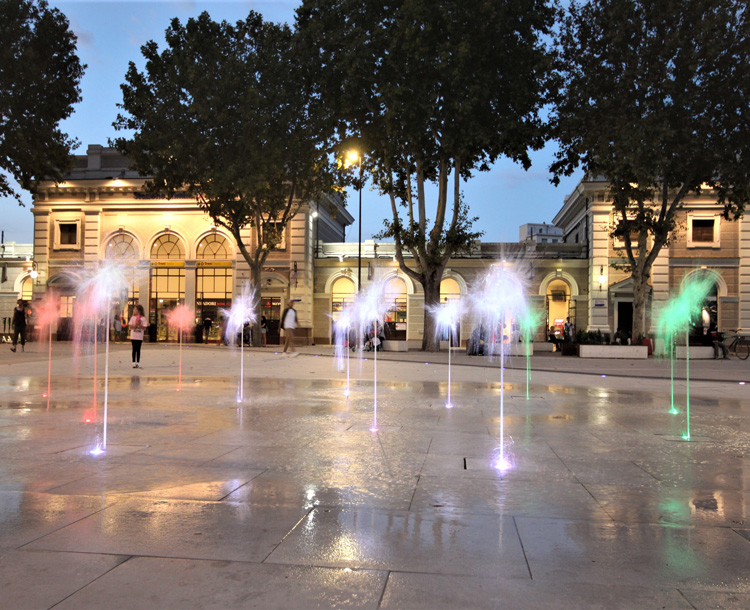 Have you already collaborated with water artisans on other projects? What was it like to design and build this fountain with Forme d’acqua?

Ripa: Personally, for me it was the first experience with water artisans and with the insertion of a fountain in a project. For this element, we relied heavily on our collaborators and we reached more than satisfactory results. We relied completely, clearly looking for collaboration, but in the full trust of the people we were working with. 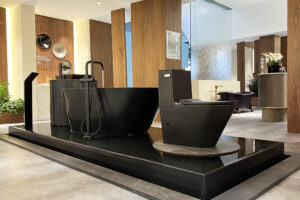