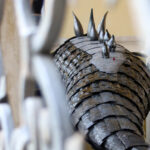 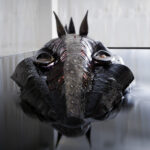 “Simona Favrin imagined me dreaming and designing me, the engineer Roma made me strong by giving me a solid steel structure, Nicola Moretti covered me with glass plates trying to explain on my skin – it is appropriate to say – how millions of years of evolution are hidden under water. Romina Salvadori lent me her voice. Gianluca Orazio believed in me, convincing his whole country to follow him and to follow me… today I am here in Istanbul, formerly Byzantium, formerly Constantinople. My path was Byzantine in aesthetics and linear in ethics. I am swimming and sailing around the Mediterranean. At this point I feel that I want to cross the Bosphorus and reach the Black Sea. Instinct cannot be controlled. If one beautiful morning you find the Cistern empty you will know where to find me: in Asia!“

(Jean Blanchaert, in the part of the Monster) 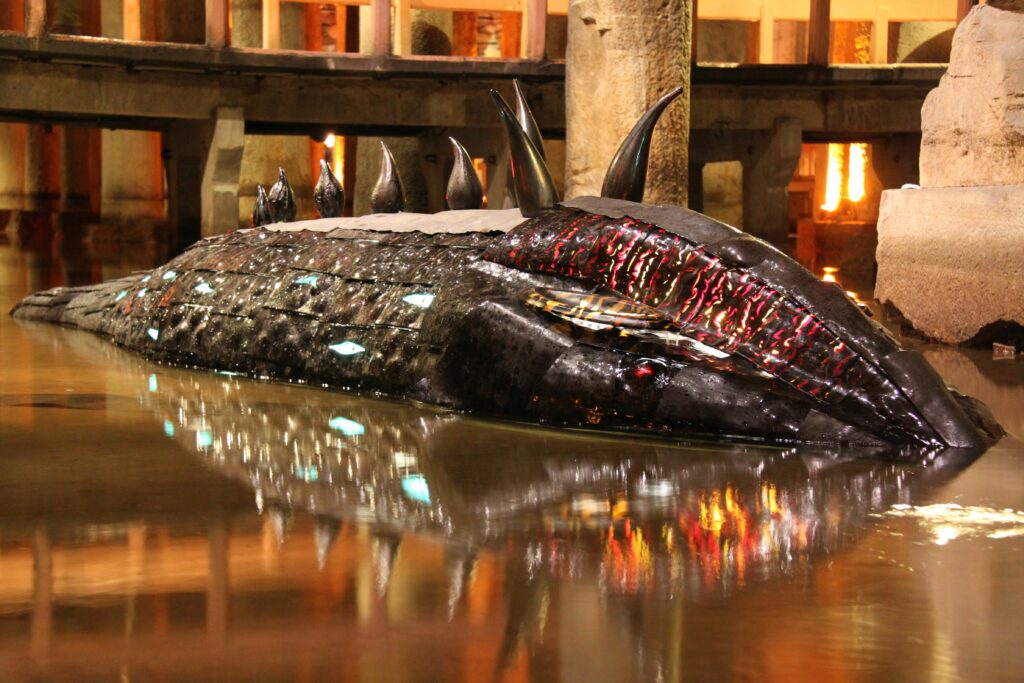 Between the slow and inexorable movement of water, the voice of the Monster, conceived by Romina Salvadori, Emanuele Wiltsch Barberio and Massimiliano Lupo with Fulvio A.T. Renzi enchanted, on Saturday 3 March 2012, the over a thousand people who came to the Cisterna basilica in Istanbul to meet the monster of the lagoon.

In fact, the great success of the exhibition-event, “the monster of the lagoon in Istanbul“, organized by Forme d’Acqua, FavrinDesign and Nicola Moretti, in collaboration with the Metropolitan Municipality of Istanbul and Kultur AS, with the support of the Municipality of Cavallino Treporti, of the Chamber of Commerce of Venice with Venezia Opportunity, Consorzio Promovetro Murano and Confartigianato, and supported by the Italian Embassy in Ankara with the Italian Cultural Institute Istanbul.

The event opened with the introduction of the Ambassador of Italy to Ankara, Gianpaolo Scarante, followed by the intervention of the mayor of Cavallino Treporti, Claudio Orazio and the honorable presence of Ahmet Selamet, vice-mayor of the Metropolitan City of Istanbul, whose words were translated by Ilaria Targhetta. The legend of the monster was told thanks to the kind intervention of Mrs. Barbara Marengo, translated into Turkish by Mr. Tanju Şahan of the Italian Cultural Institute in Istanbul. This was followed by interventions by the designer of the work, arch. Simona M. Favrin and the cultural consultant of the project, the Milanese gallery owner Jean Blanchaert, who aroused the enthusiastic ovation of the public. The director of the Italian Cultural Institute in Istanbul, Gabriella Fortunato and Sabri Dereli, director of Kültür A.Ş, also attended the event. A tribute was also paid to Ms Emel Altan Age, ambassador of the monster in Istanbul.

The exhibition continued until April 6, 2012: thousands of visitors were able to admire the work in one of the most fascinating and mysterious places in Istanbul, the Basilica Cistern (Yerebatan Sarnıcı), a place that seems to be the natural location of the magical creature. 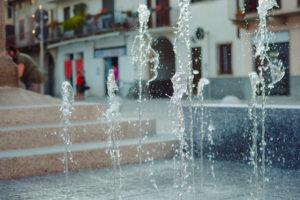 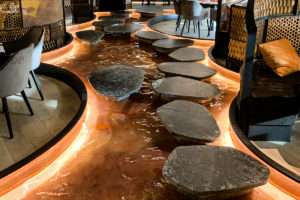 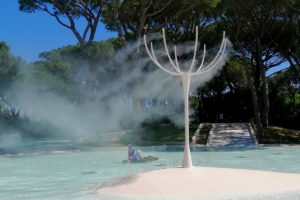 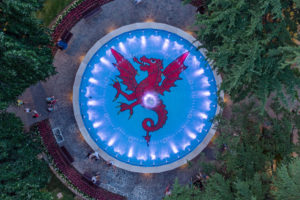